the bugcast 293 – Ho Ho Ho… Merry Christmas from The Bugcast 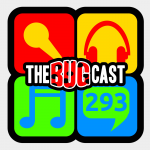 This week on The Bugcast, we bring you our selection of Christmas and seasonal music!

4 Past Midnight – Charity Single
Congratulations to JonTheNiceGuy on his big news
A big thank you to all of our supporters
Made In The UK is returning in the New Year
Episode 300 is coming up on February 7th 2014
Next week, no live show but will still be streamed

The artists for allowing us to play their music.
Everyone who joined us in the chat room for the live broadcast of this show.
Internet Archive for hosting the podcast files
Ubuntu UK Podcast for the use of their Icecast server
Euterpia Radio for the use of their Shoutcast server
World Wide Indie Radio (formerly Butterflies Radio) for relaying the live stream on their own service