the bugcast 470 – Starting a new chapter

the bugcast 469 – Running for time 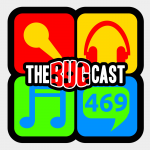 This week on The Bugcast: not much chat, except running and extreme nerdiness, plus our usual selection of 8 amazing tracks of Creative Commons and Independent music!