the bugcast 504 – Tracks of the Years 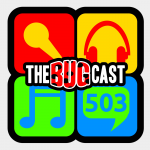 This week on The Bugcast: in our fourth celebratory special, Caroline and Dave host a selection of our listeners’ favourite tracks from the past year, featuring 10 brilliant tracks of Creative Commons and independent music!