the bugcast 403 – and it’s goodnight from him

Nominate us in the Podcast Awards 2016 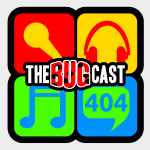 This week on The Bugcast: country filed, jammies dodged, album isolated, and awards nominated, plus our usual mix of 8 amazing Creative Commons tracks!